This film has been on my mind a fair bit since its release. I had mixed feelings going into it due to Prometheus. Prometheus is a movie I think is very beautiful to look at and has some decent bits in, but overall is a bit of a mess. It feels like it’s trying to tell two stories by two different camps from the production standpoint. In one camp you’ve got the urge to make an prequel film for the Alien franchise, and the other camp want to make a film about creationism. Add in some daft elements in the script (run off to one side!) and we’ve got a film which is hard to love, also the technology is massively advanced compared to the other films. I know the Prometheus is an advanced space craft but they could have easily made the tech look like that of the previous films (Sorry, this is something that really bugs me!).

The problem of what film is being made carries on into Alien:Covenant. On one side we’ve got a story about colonists wanting to find a new world to settle on, then on the other side we have the urge to look at this creationist storyline. I’ve watched this movie maybe half a dozen times now and I really believe there is a good movie in here, if you take away that creationist element, and some of the dumb-ass choices the characters make. There’s a bit early on about a funeral that shows there is friction between the characters, but it feels ham-fisted. The funeral is forbidden due to repairs needing to be done, but the repairs could wait and the funeral is brief. It feels like it’s there just to create conflict.

If they took away the David storyline, the plot device of wondering off to another planet and just had a story about colonists arriving at a new planet to then find it was once inhabited by an alien race that died out. Then they find an egg and chaos ensues. Why couldn’t we have had that movie? Up until David shows up we’ve got the makings of a really good atmospheric horror movie and then it slips into a psycho-robot-with-delusions-of-being-a-god movie.

When I think about the original Alien movies they were pretty straightforward. Horror and action pretty much, what you saw was what you got. They never really felt like there was a grander story happening that needed to be addressed. They were just what they were. There was social commentary there, but it was subtle. You didn’t feel like you were being hit over the head with it. Maybe that’s what they need to get back to. Imagine the type of social commentary we could of had in this film if it had been about landing on a planet for colonisation only to discover these horrific aliens that had maybe already wiped out an alien species that had been on the planet before.

Where this series goes in the future, I don’t know. There’s rumours that this new generation of Ridley Scott Alien movies is a trilogy and there’s a third part coming, but this movie didn’t do especially well. So I’ve got to wonder if Fox will give it one more go, drop the franchise for the time being, or go in an entirely different route altogether.

Time will tell, but I know how I’d like it to go. 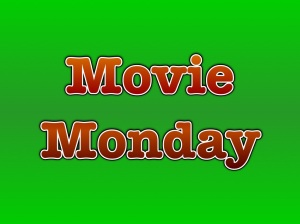 This weeks Movie Monday post is on this movie which is not too far from being what I think could have been a great film, a little like Skyline but this one did work a little better.

Simply this is an alien invasion movie that tries to be Black Hawk Down, but with aliens. It starts during the invasion then rewinds to the previous day where we meet Staff Sergeant Michael Nantz who is about to retire but the invasion comes and he is put into a platoon that is not his regular one and he is not well liked within this platoon because he was the sole survivor of an incident where a brother of one of this platoon died. The platoon is commanded by an officer who passed out top of his class, just recently.

They are assigned to go to a police station in the hostile zone and rescue some civilians who had been left there. Along the way they encounter the enemy and engage in a small fire fight. Once at the station they call in a helicopter pickup, but as the helicopter is lifting off with injured Marines (no civilians) It is blown out of the sky by the alien aircraft. Before this point the aliens had not deployed any aerial units. This changes the conflict, giving the invaders an advantage. So the Marines have to get to the safe zone by other means. They are in a hurry because the U.S. Air Force is going to Carpet Bomb that region. So after catching a wounded alien and slicing it up to find the best way to kill it they hot wire a bus and make their way to the freeway. In the process they discover that the aliens are tracking their movements by the radios they are using. Nantz uses this to lure in and blow up one of the alien drones.

Unfortunately they have to abandon the bus and go on foot to somewhere that is safe as they will not make it to the safe zone before the bombing begins. They loose their commanding officer in the process, and the way he dies it looks like Nantz has left him behind so he can survive.

I’ll leave the plot there and let you find out what happens yourselves.

I like the idea of this one. It does not focus on the bigger picture but on the human side of the fight. This for me saves this movie. Whereas Skyline did not make me feel for the characters this one does. Aaron Eckhart’s portrayal of Staff Sergeant Nantz saves this movie. A few of the cast do help but it is Eckhart who I felt for most in this movie. The action is not bad and I like some of the aspect of the aliens and how they are operating.

The story is okay, a little thin in places, annoying in others. What I did find a little annoying is that there are too many clichés in this movie. The experienced Sergeant who is about to retire who is well decorated, but his last mission did not go well. The inexperienced Lieutenant who dies, the aliens who are almost unbeatable. The marines who have a problem with the sergeant and so on. One thing that I felt was a little clumsy was that all the Marines call Nantz Staff Sergeant. Not sarge or Sargeant, but Staff Sergeant. If someone could tell me is this how Marines in the U.S. talk to their N.C.O’s?

That said though I do enjoy watching this movie, The acting is not bad, the directing is not either. The plot is a little simple and direct but I think its acceptable, but It is Eckhart who carries this movie.

Is it worth a watch? Yes. Could it have been better? Yes, but it’s better than a lot of rubbish out there at the moment.

Alien Vs. Predator is the mash up of two movies series that. Any fans had been waiting for a long time, but I don’t think this 2004 movie was what they wanted.

Me, I like it. It’s not by far the best movie involving out of all the Alien and Predator movies that have been made, although I would like to say that the Alien Vs. Predator sequel is one of the worse films I have seen. Back to this film though. A team of experts is taken to an area near the Antarctic to investigate a sudden heat signature that has appeared under the ice. Once there a hole appears in the ice that leads down to the source of the heat signature. This allows them to get to the source quicker.
Once there they have a little look around, tripping a pressure switch as they do. This activates a series of mechanisms at the deepest point of the pyramid that is under the ice which raises and awakes a frozen alien queen that has been held there. Above ground three Predators have killed the support team and have made their way underground.
In searching the pyramid the team find a sacrificial chamber and many human remains that show signs of ritual sacrifice, although one of the team points out that it looks like something has broken out of willing sacrifices. After this the team split up and half go further down into the pyramid and find the Predators weapons and remove them from the stone case that they were in. This is when all goes to pot. Once the weapons have been removed it activates the pyramid. Alien eggs move up into the sacrificial chamber and, well you can guess. The walls in the pyramid also start to move around as well trapping different characters in different areas. People start dying and so on.

I can see why a lot of people do not like this film. It does not have the feel that any of its predecessor movies have. Sanaa Lathan is good as the lead but not entirely convincing. Raoul Bova is okay too. There is some good work by the support cast, Ewen Bremner and Colin Salmon especially. I loved seeing Lance Henriksen as Weyland too.
I like Paul W.S. Anderson’s work too but this felt like it missed something. It did not hold the horror edge that Alien did, or the intensity or aliens. The rawness of Predator was also missed. I think it lacked a lead. Sigorny Weaver, Arnold Schwarzenegger really took the reins of the earlier films and I think that having had a more powerful lead would have helped the film hugely.
It’s one of those films that I can watch frequently, its easy too watch and does not leave me scratching my head. The visuals in the movie are beautiful and the script is well worked.
It is deffinately worth a watch though, just don’t expect it to be as strong as Alien, Aliens or Predator.

It’s not been a bad day today, I didn’t get as much written as I would have liked but I got some done so I’m glad 🙂

An Apple computer is definitely looking like a strong choice.  I popped into the Apple store down at Bluewater and spoke to a gentleman called Darren who was very helpful and has pretty much convinced me that a Mac is the way to go.

Last night I had some great feedback on the beginning of a story from a good friend so once I’ve finished the current WIP I am going to get that story finished off properly.

I also watched Man On A Ledge recently and although it was pretty good it wasnt spectacular.  I predicted the ending and some of the little parts of it which is always a bit of a disappointment for me.  So tonight I’m watchingAliens lol.

I’m gonna read a couple of IO9 articles then I’m off to bed.  Night all 🙂