1617 words today over the course of five Starship Troopers movies. That’s day three where I’ve done both a movie marathon and writing at the same time. Not the best for productivity, (let’s ignore the 3k I wrote Friday) but I still got words down and am still ahead of the NaNo target. I’m not quite where I’d like to have been, but I need to balance my time off and writing so I actually get some down time. I can find that balance.

Tomorrow I need to get some editing done, it’s only a short story. Very short, so it won’t take long. I’d also like to get some work done on Penal Earth as well. I’m not the most gifted at sticking to one project so it’s time to dive into another one and get some words done on that one.

I am about to sit down and review my works in progress and set myself a little plan of action for the next week and try to stick to it! Which has always been my failing but I’ll persist and try and stick to what I list.

Something I am very guilty of is rewatching the same movies and shows, yes I’ve spent the last three days doing that but that was a special occasion. Time off work and a desire to watch some movies I’ve not watched in quite some time. So I’m trying to watch more that I haven’t seen before. I know I run back to old favourites when I’m not doing too well, it’s a comfort thing. But I need new input. I need to check mow out. Right now I’m watching Dead Space Downfall, never played these games but the film sounded interesting. So far I’m not disappointed.

With that said, I’m going to wrap this up now. Touch base with where I am with projects and make a small list of work for this coming week.

Have a good one folks! 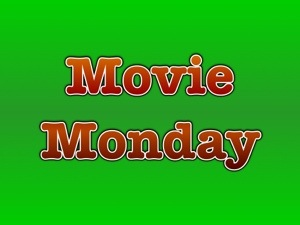 I’d like to use this weeks Movie Monday post to talk about the current trend of Rebooting movies and franchises. In the last few years we have seen An A-Team reboot, a Spider-Man one, Total Recall. We saw Judge Dredd come back to our screens in Dredd. We also have Christopher Nolan’s Batman movies. I’ve also heard a rumour that there will be a Starship Troopers  and RoboCop reboot too.

Most of the time these movies are very uninspiring. I found the Spider-Man reboot just that, although Andrew Garfield was very good as Peter Parker and the rest of the cast was mostly very good. The storyline and the fact that the original Spider-Man films are still quite fresh in our memories.

The A-Team movie was okay at best Liam Neeson was as always very solid. Quinton Jackson as B.A. was good and so was Sharlto Copley as Murdock. I felt Bradley Cooper did not do justice to the character of Face. I remember Face to be very Suave when he was played by Dick Benedict in the TV series and Cooper made him to much of a loud mouth. I like Bradly Cooper but he didn’t pull this one-off.

Total Recall I’m still on the fence with. When I watched it I was half asleep so I’d like to give it another watch before deciding once and for all.

Out of the movies that I have mentioned the only remakes that has impressed me was Dredd and the Batman trilogy. Dredd was a lot more raw then the original version and Christophe Nolan gave Batman a whole new edge which worked really well.

I am not anti-reboots, but they have to be good. They have to do something more than just make money. Rebooting Spider-Man so soon after the first three movies were made was not needed really. People know the origin story, so why do it again?

I would love to see Hollywood taking a few chances and make some original movies like Moon by Duncan Jones. Or Christopher Nolan’s Inception. District 9 was an amazing movie as well. If you’re going to do a reboot it needs to be something different to what we have seen, not the same old story time and time again.

A group of soldiers get stranded on a planet infested by an arachnid aliens species that will not rest until all are the humans are dead, or so it seems. There is an inept lieutenant, a kick arse sergeant and a disgraced captain. Bugs that are going to kill humanity with a new, secret weapon.

That is a simplistic plot summation but this one has quite a simple plot, which is not necessarily a bad thing in my opinion.

This movie, I felt was a bit of a let down. There was no carry over from the first movie and no real spirit from the book was brought into the movie. The acting is not the best, but it’s not too bad although I feel some of the actors looked out-of-place here. A couple were definitely miss cast. I would have liked to have seen something from the first movie being carried over, apparently one of the characters was meant to be in this one but had a scheduling conflict. No characters were pulled from the book and put into this second film. I think this would have made the film a lot more appealing to the fans. THeres a thing that Hollywood seems to do with movies that are based on a book or a comic, or a video game which is to make it something different from the source material. We saw this in Last Weeks Movie Monday Post; Judge Dredd. I think only now people are beginning to realise that this alienates the fans and this film is no different.

I read the book a good five years ago but I am about to read it once more so I’ll have a better idea of the feel that the novel gave. From what I remember of it though, none of it I see in this movie.

I am someone who will excuse a movie with a poor budget, poor acting or a weak story, or weak direction but this one lacks a spirit which the first movie had which I think is a shame, because this could have been a decent movie.

When I was talking to Owen on Friday he asked me to read Starship Troopers by Robert A. Heinlein as he thinks part of it will help with an aspect of Project Apollo. I have read Starship Troopers, but it was a few years ago now so I only really remember the basics of it, and how it had no real similarity to the movie (which I’d seen before I read the book). I do remember it being a good book but nothing that blew me away, but that was a few years ago and I think I’m a more experienced reader now and ill be able to appreciate it more, hopefully anyway.
When I’ve heard writers talking about Starship Troopers on various podcasts they quite often mention The Forever War by Joe Haldeman, and out of the two I much prefer The Forever war and Joe Haldeman as a writer in general. I would like to read a few more of Heinlein’s work but Starship Troopers did not grip me like The Forever War did. After reading it I went and brought Camouflage but Mr.Haldeman which is another book that has had a deep affect on who I am as a person.
When I was younger and I heard a song I liked I’d buy the album, and if I liked the album I’d buy as much of the music by that artist as possibly. I would do this with books if I could, I need to add more of Joe Haldeman’s books to my collection. The man is an amazing writer and I’d recommend his work to anyone.
A writer that has recently gripped me in a similar way is Stephen King, The Gunslinger was a fascinating read and I’m eager to wrap up The Dark Tower series, but I have other books to read and I’m going to pace the other six books over the course of the year.

What author has gripped you?

Starship Troopers is a movie that is loosely based on Robert A. Heinlein’s book of the same name and follows the story of John ‘Johnny’ Rico from high school student to officer in the Mobile Infantry. Along the way he looses everything dear to him and gains a certain greatness.

This is one of the films that I saw when I was in my mid teens that struck home with me and left a mark on my DNA. Director Paul Verhoven gives us a very brutal society in which public floggings happen, Rico himself receives a flogging, and there’s a huge propaganda machine that is constantly trying to get people to sign up for a term of service which once it is completed they becomes citizens and this means that they have more opportunities. A couple of examples is only a citizen can go into politics and its easier to get a license to have a baby if you’ve served.

The bad guys in this movie are the Bugs. A species of arachnids that are intent on destroying mankind. These bugs are lethal warriors and swarm a battlefield with superior numbers. A single soldier against a bug is in a lot of trouble. The battle scenes are brutal and are quite bloodthirsty, so this is not one for the faint hearted. The actors pull off their roles very well in my opinion. Casper Van Dien, Jake Busey, Denise Richards carry the film well and Michael Ironside brings a little maturity to the movie and a little gruff, take no sh*t character which has a huge influence on Van Dien’s character of Johnny Rico.

There are those moments in the movie where you think ‘Yeah right, there’s no way that’s possible’ but those are few and far between and do not dilute the movie. The effects are generally pretty good and the visuals are memorable but not dominant. I remember the story and performances from the actors when I think of this film.

Starship Troopers had a very satisfactory ending for me. It wrapped up its story arcs very well and left me feeling like the tide in the war against the bugs had began to turn.

On a side note there is a scene during the soldiers basic training where they are all in a uni-sex shower room. All the actors are naked and I’ve heard this rumour a few times, but apparently the actors agreed to do the scene naked if the director filmed it naked. I love a bit of trivia 🙂