At the moment I feel like a fraud, maybe a wannabe is a better word because I have not got anything published so readers can judge for themselves whether I can write or not. (Please don’t judge my writing ability on the content of this blog 😛 )

I’ve been writing for a good ten years now and I have never even attempted to have anything published. Okay eight of those years were spent mainly on one novel with a friend which will never see the light of day in its current state. I have in the last three years written eight or nine short stories which need tidying up and submitting to the sci-fi magazines, although a fair chunk of those are tied in together so I may put those into a collection.

It has only bee the last couple of years that I have been taking this more seriously. In that time I think I’ve come along so far but I’ve still not got anything ready for the world to see. In those two years I have also been working mainly on two joint projects, with Owen, from the same universe which are evolving as we write them so neither are ready to be published.
The rest of this year is going to be focused on writing a novel that I’ve got kind of written but I’m not happy with it and I’m going to start fresh with it. Me and Owen are going to get Apollo wrapped up and there will be some work on The Residents with Chrystalyn.

I am deffinately going to self publish, ebooks mainly but eventually I’ll do Print On Demand too. What sits in the back of my mind a lot are the bits that I do not need to worry myself with at the moment. Cover art and formatting, paying tax on what I (will hopefully) earn. Where and how to submit to magazines and lots of other little things that I don’t need to address yet. I need to shut those thoughts out and focus on the actual writing and the story.

Along with those doubts and the lack of confidence in about my writing ability I mentioned earlier, there are times when I feel like my head is going to explode, but then I look at some of the people who I have met through writing. Cinta Garcia de la Rosa and Chrystalyn Hope are the two people who have encouraged me more then any others. Both of these amazing ladies have read my work and have been not held back from telling me how good a writer I am. Both are amazing writers as well whose work I adore reading. Then there are people like Christopher Stocking and Jordanna East who, like Cinta and Chrystalyn, are amazing writers. Each one has written fiction that I’ve not been able to put down.

People have told me I am a good writer, this I still doubt but that’s a confidence issue that even if I out sold Stephen King I’d still have but if I can get just that little bit more confidence in myself I will be able to suppress many of these doubts.

I KNOW I can write, but when I have something ready to put up on Amazon I hope I’ve got someone standing behind me with a hand on my should (or a gun to my head) saying “Publish it mate” I hope once I’ve got one out in the world for all to see then a second, then a third and beyond will be easier to put out. 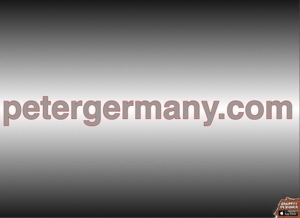 This is one which I knew I needed to read (Okay I listened to the audiobook but its the same thing) but I hadn’t gotten round to it but a Friend mentioned Orwellian and I thought I’d get hold of it. My overall impression;

It’s such a strong, deep and dark story which is chilling in its content and the fact that so much of it has come true and is still coming true. People reporting each other for the smallest of infractions, the most powerful ignoring what they preach, cameras and other recording devices in every home (apparently the new Xbox will monitor how many people are watching a movie that is being played on it via the camera in the connect). That’s just what comes to mind as I sit here writing this still not quite awake.

In the world of 1984 history is being re-written on a daily process. Sex is frowned upon if its for any other reason then reproduction. Even owning a diary is unacceptable.

The story itself though follows a man as he goes from day to day in a mundane life with thoughts of rebelling against Big Brother (not the proxy TV show) but never really thinking further then the little rebellion of having a diary or other such acts. He suspect a young women who he keeps coming across as a member of the Thought Police and fears that she is watching him, knowing he’s having some of these rebellious thoughts. She is not what he thinks though and they go on a journey of rebellion which leads to a resistance group and;

I’ll leave the summary there as I don’t want to let slip any spoilers, but its an amazing story and quite a scary one. The lasting impression that it has left me with is just how much of it has come true. It’s s chilling tail which has really struck a nerve with me, I went out and brought the movie adaptation on Wednesday, and I’m eager to look into more or Orwell’s work. I’ve got Animal Farm somewhere.

Please consider reading this one. It’s in no way dated and should be taught in every school in the world in my opinion.

It’s Monday morning people, lets try and break that concept that Mondays are bad. They’re not, it’s the start of a new week and I believe we should be looking at the unlimited potential that this day holds. All we have to do is find our own ways to tap it.
Stuff New Years resolutions make a start today. Have you ever wanted to write a book? Grab a pen and paper and start writing. Do you dream of having your artwork displayed in public? Grab a pencil and start drawing. Quite smoking? Start today!

Everyone hates Mondays because its traditionally the start of the working week, but we can change that. When our dreams are almost within our grasp we can look back to this day and think to ourselves, This started on a Monday.

While at work today I have been listening to On Writing by Stephen King(I have the audiobook not the paper edition). This is his book on the art of writing, but its also a bit of an autobiography. I’ve got about an hour and a half to go of it and it is an amazing listen. King himself narrates it and this gives it a much more heartfelt feel. He is direct and honest with his words and the advice he gives and its Stephen King! The man has written a shed load of books and short stories and is arguably one of the greatest writers of his generation. So it’s not like someone who has only had a couple of little sales here and there.

In the audio version King is also very easy to listen to and I would recommend that people get hold of this version because, as I said earlier it is a very heartfelt reading. What I have taken from it mostly though is inspiration. I will learn many things from this about the craft of writing but it is the sheer love of writing that we get from King that has struck a cord inside of me.

Despite my personal doubts I have been told that I can write and listening to King makes me feel like I am wasting what may be talent but not getting my arse into gear and getting the words on the page. Getting editing done and getting published.

One thing that King said was that writers need to read, this I know but I really need to get into gear and get more read. I’m going to get more audiobooks which will help me get some more good fiction read/listened (see previous post about audiobooks). That said I’m just about to start reading the second Hunger Games book, Catching Fire 🙂

On a more sober note, as I am writing this I am watching news reports about the Boston Marathon bombings. Words fail me when these things happen and my thoughts go out to anyone who is affected by this terrible act.